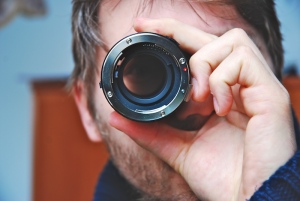 (Omaha, NE)  — Shock and dismay. Outrage and suspicion. My reaction as a former Radio/TV journalist working in Washington, D.C., Iowa and in Omaha, when I read that the Department of Justice secretly spied on AP reporter & editor personal/professional phone call records.

CNN reports the “DOJ disclosed on Monday afternoon that it tapped two months’ worth of phone records of AP reporters and editors” as part of probe into national security leaks to the press. This intrusion was announced after-the-fact coming on the heals of a heavy-handed IRS targeting Conservative groups that oppose Obama and other Democrats.

No matter the reason for reporter spying, the Obama Administration clearly abused its power and violated the long-standing practice of Freedom of the Press and the right to protect sources in legal proceedings. Specifically, the Justice Department did not follow the usual policy, which is to give news organizations a chance to negotiate or contest such a subpoena ahead of time.

At present, there is no federal law that prohibits the feds from accessing reporter phone records. That said, the feds violated one of the pillars of Democracy, a free press, albeit it did not break any laws. There is no doubt that reporters nationwide feel fear and intimidation.

The time is right now for U.S. lawmakers to draft strong federal shield laws to protect reporters and their news-gathering sources and materials.

While Federal laws do not protect reporters’ privacy, the majority of states do have shield laws. Nebraska is one of 40 states according to the Reporters Committee for Freedom of the Press.  Here in the Cornhusker state, The Free Flow of Information Act, NE Statue Sec 20-144 to 147, grants reporters the right to gather, edit or write news within a free and unfettered atmosphere. The law protects journalists from government interference, including protection from forcing reporters to disclose sources.

The seizure of the AP’s phone records is troubling. The intrusion certainly will chill journalists relationship with the Obama Administration and creates an environment of distrust and intimidation. Further, sources who seek reporter confidentiality will think twice before offering information – fearing that the Federal government may compromise “private correspondence”. If I were working a highly contentious government-related news story, I’d be fearful enough to buy a throw away phone, so I can privately talk with my source. How highly undemocratic! What do we live in North Korea?

In an apparent act of damage control, The Washington Post reports today that at the request of the White House, Sen. Chuck Schumer (D-N.Y.)  intends to re-introduce a national Shield Law. “The Free Flow of Information Act would protect journalists from being compelled to testify about their confidential sources, unless all other avenues are exhausted and exposure is in the public interest” reports WP.

If a national Shield law is passed, there remains a concern of law language ambiguity that would still permit the feds to obtain reporter phone records using the public interest as an excuse in any circumstance. So-called feel good legislation. For U.S. reporters and the public alike, it would be in everyone’s best interest for lawmakers to consult directly with national media/print organizations while drafting new legislation.

In the meantime, the Justice Department deserves condemnation for tapping Associated Press reporters phone records. If they needed info, they should simply ask. It is up to the 4th Estate’s reporters to decide what information, if any, to release to Big Brother. Certainly, most respected US media outlets already possess the dogma to contact the Justice Department if it would prevent wars, attacks and other calamities. But revelations that the Justice Department decided on ITS OWN to secretly spy on reporters scrambling to identify an AP Government leaker, creates an environment of reporter fear and intimidation, which goes against our Democracy’s basic principles of Freedom of the Press.

Similarly to what Obama said today about the IRS, we should not tolerate this kind of behavior in any agency, but especially the Justice Department, given the power that it has, and the reach that it has in all of our lives.

Historically,American Journalists are the eyes and ears of government –  watchdogs of the Executive, Legislative and Judicial branches on behalf of you – citizens. For reporters to continue working in an environment with free, unfettered access, journalists must be protected with a national Shield Law with some teeth. Drafted tomorrow.

Editor’s Note: Susan Stern, of Stern PR Marketing, is owner of a two-person, full-service Omaha Marketing Firm located in Nebraska’s largest city. Based on over a decade+ in TV, Radio and Print Journalism, Ms. Stern is no stranger to offering opinions on a a variety of topics including Freedom of the Press. Inquiries? Visit Official Website. Here Now.